It all began. “You might want to call in your troops, we are going to meet your baby tonight” echoed through my head. As much as I thought I was mentally prepared for this, I still felt shocked – among many things – and it must have shown all over my face. As much as you try to prepare yourself, nothing prepares you for a 29 weeker…

I am a Mum, but I am a preemie Mum. Something I never imagined I would be. Having a preemie means that you are robbed of so many things. My love to all those who are robbed of being parents or robbed of watching your child grow up. Being robbed of something is never nice, but we somehow manage to put our brave face on and try our hardest to cope. That’s what I did anyway. I smiled through the preeclampsia, through the ICN 1 journey and through three lots of mastitis. But those close to me saw or at least, heard, the tears. Fear of the unknown riddled every inch of my body. Having a preemie means you kind of do everything before you are meant to – like leave your baby, watch them get needles, blood drawn…the list goes on. Leaving your baby, being separated, when they are still meant to be a part of  you, is indescribable. It is absolutely nothing personal, but hearing women being upset about leaving their full-term baby for the first time, is hard for me. I felt like I was robbed of that. Robbed of leaving her because it was some sort of choice. But I 100% do not blame people or think badly of women for feeling stressed over this, as I don’t want to leave Amaya when I return to work – I get it, I really do. Sometimes I just find it hard to sympathise, as I had to leave her…pretty much as soon as she was born. I didn’t meet her until she was over 24 hours old and then four days later we slept in different suburbs. Believe me when I say that it is nothing personal, it is just something that is hard to hear at times. Like a lot of things, that a preemie Mum is robbed of. First nappy change, first feed…the list goes on. 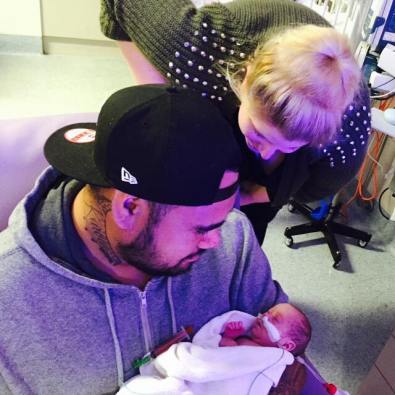 You will never forget it. The memories fade a little, but once you start talking about it, they all come rushing back, along with each emotion. I am waiting for the day I get a little braver and can get through the entire story without even a hint of a tear. The first few weeks of your babies life are meant to be a beautiful – a bonding experience. As a preemie parent, the first few weeks are filled with brain scans, bloods, C-PAP, monitors, alarms and a pane of glass that creates more distance than you could imagine. Changing a nappy from the side, is difficult, but brings a ridiculous amount of joy. 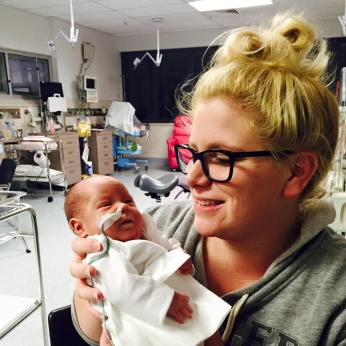 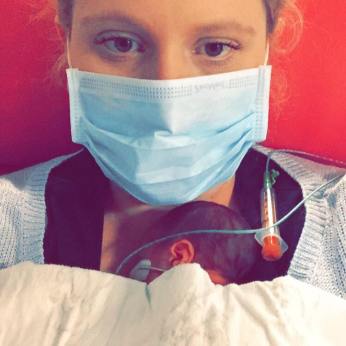 Sometimes, I found it hard to be around women who were pregnant, when I was meant to still be pregnant. Once again, nothing personal. But pregnant women are a reminder of how it should be. I was thrilled for my friends and would never wish one single little bad thing upon them, but it was still something I struggled with at times. If you are pregnant and friends with a preemie Mum, she might be totally cool with it and awesome if she is, but if she is being a little distant, don’t take it personally. She’s learning to be a Mum, a preemie Mum, at that. She doesn’t have the energy for anything to be personal. She will want the best for you and nothing but the best – believe me, but she is probably feeling sad and array of emotions that she has never felt before. She is just trying to cope. She loves you and she needs you – she does not mean to make you feel ‘bad’.

Doctor’s appointments can bring a lot back too. Like nerves. Nerves that this journey is going to go south at any moment. Sometimes, I still get nervous taking Amaya to the Doctor. I catch myself and while I believe in allowing yourself to feel everything, I remind myself that all is ok and that I am always going to be a Mum, who has super powers, as all Mum’s do – but a preemie Mum, who has crazy super powers! I sat by and watched my tiny 900g baby have blood taken, brain scans done…and I remember that she is a tough little lady and that we are so beyond blessed. Not only blessed to have Amaya, but blessed to have the family & friends that we do. I have never felt so broken, I am sure my Amaya spam shows you how much I love her, can you imagine how I felt watching her tiny little 900g body in an isolette? But my family & friends were exactly what I needed.

As soon as we brought her home, everyone asked when we were going to have another baby. The thought terrified me, now it just scares me. I often wonder if I have it in me. I have put that in the “When Amaya is two or three basket…”. Maybe braver Bree will be around then, she might be able to get through our story without crying and she might be able to handle another NICU journey.

Here we are though, one year on. One year that felt like the longest, yet the shortest year ever. A lot has happened. A lot of amazing memories have been made. I count my blessing everyday as I smother those beautiful, big, brown cheeks with one million kisses…I am so glad that Amaya chose us to be her parents. I simply cannot imagine loving another soul more than her. 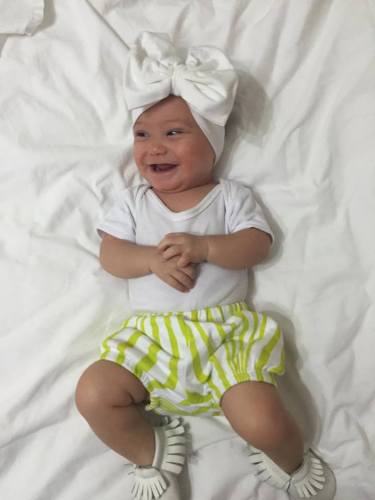